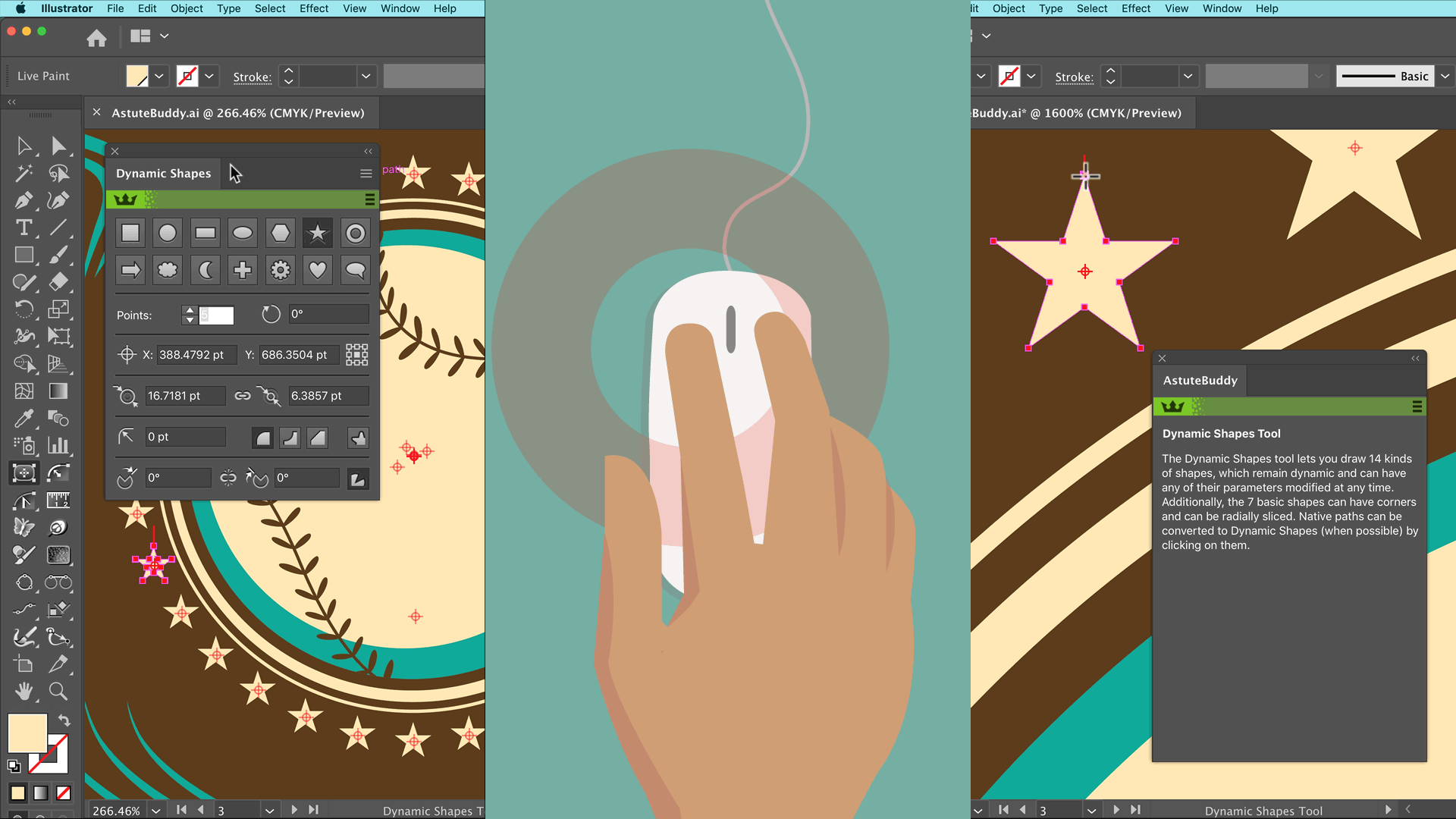 AstuteBuddy is a fresh approach by Astute Graphics in bringing new benefits to our customers. It has only been made feasible following our change to a subscription model, that all customers on the new plan have access to our full plugin catalogue.

We lave long-recognised the many professionals and experienced Illustrator users who benefit from our vector artwork workflow enhancements co-exist our many other customers who may be less familiar with this creative environment. How have we been focusing on producing tools that satisfy both groups?

For less familiar users, we have innovated new interactive tool mechanisms such as the amazing controls first found in Stylism, and later deployed in Texturino, that are intuitive and unobtrusive. For the expert, we have added extensive Preferences in many tools including InkScribe, VectorScribe and DynamicSketch ensuring that the way they function can be fine-tuned to meet a wide range of use cases.

But there's always been another essential way to allow users to fly with our tools; keyboard shortcuts. These can be found natively in most products, but Illustrator has some "classic" ones that are now baked into the designer's psyche. Who can use the native Pen tool effectively without knowing the "Pen tool keyboard dance"? Ever needed to ensure shapes are moved horizontally or vertically? Most users hold down the Shift key without a thought.

From the first day VectorScribe was released around 8 years ago, keyboard shortcuts have been baked into each tool (a tool is a function found in the toolbox). These were either added to be on-the-fly shortcuts to changes also available in the tool's Preferences. Or they could bring alternative functionality not accessible any other way.

A couple of years ago, we recognised the growing list of shortcuts were getting lost across hundreds of videos, old web pages... and worse, completely undocumented! This brought about our Cheat Sheets page which contains convenient, printable PDFs that can be referred to on the desk. However, we recognise that even though there are a good number of users who like to print such documents, it wasn't the complete solution.

Enter AstuteBuddy - your new friend for discovering a whole new world of speedy artwork creation! In essence, it's a new plugin panel that can be docked, minimised or expanded as normal. It was developed in parallel to re-engineered elements of all our existing plugins which feature toolbox-based tools. The result is a panel which provides context-sensitive information right where you want it; on the screen next to your line-of-sight. 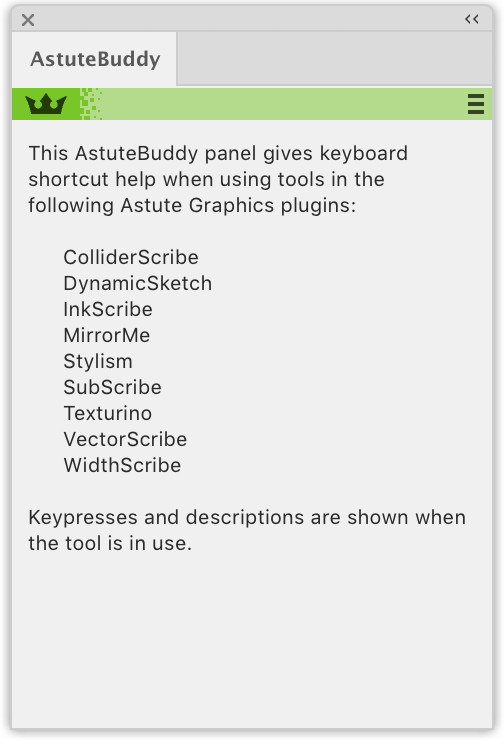 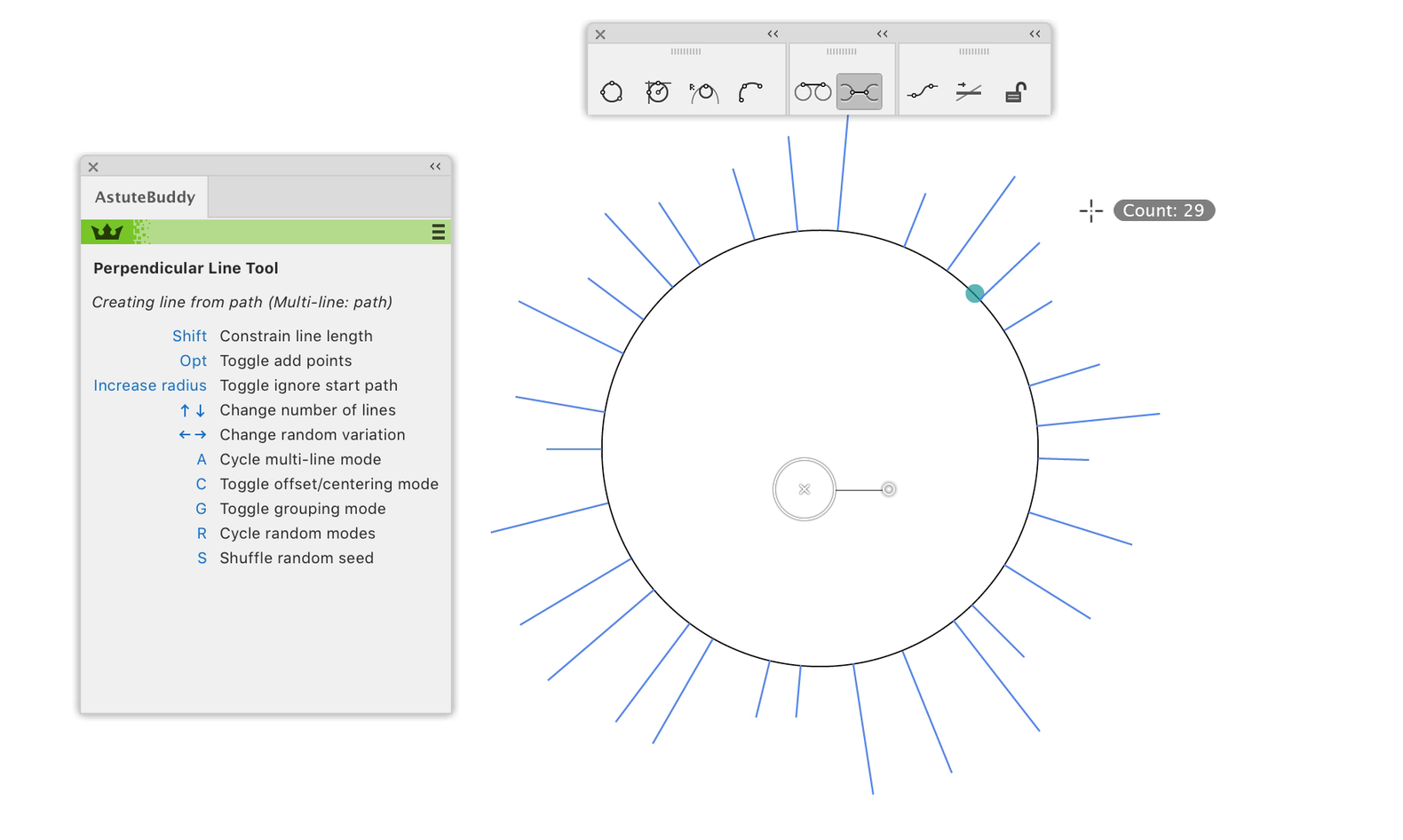 With its full integration into all existing tools, the information displayed changes dependant on the active tool, but also their operational state. Additional keypress options magically appear when, for example, hovering over different point and handle types in InkScribe and VectorScribe's PathScribe tools.

It all adds up to a world of discovery. We've experienced it ourselves in the development of AstuteBuddy. Seriously, in the past 8 years, we forgot many of the hundreds of keypresses we'd added, many hiding absolute gems. In many ways, it brought as much to the party as a ground-up new creative plugin!

To see the installation process in full detail, please visit our support page.

Further information is available in this video:

Let us know what gems you found!

We would love to hear via Twitter, Instagram or Facebookwhat you discovered and now find indispensable, such as our Training Manager, Dave, recently discovered. Please use the #AstuteBuddy hashtag.

We are Illustrator 2021 compatible

The most important news our customers hear from us is that we maintain... Read more » 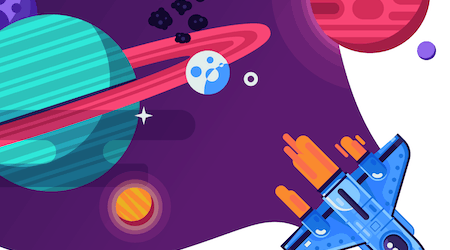 One of the greatest benefits with our move to the subscription... Read more » 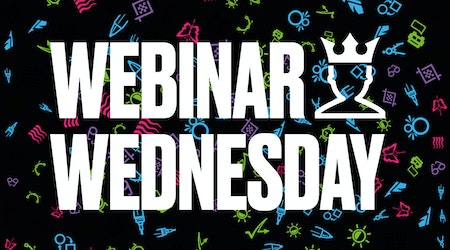 Have you seen our monthly Webinars yet?

You should check out our Astute Graphics Webinar Wednesday where each... Read more »